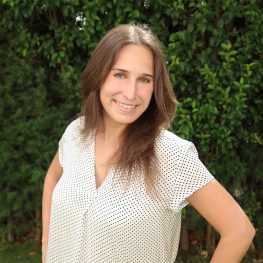 The BiMet-NHC project focussed on development of novel bimetallic N-heterocyclic carbene systems as efficient catalytic precursors for hydrogenation of Carbon dioxide to formic acid (FA) and dehydrogenation of formic acid to CO2. The couple CO2/FA is relevant as H2 storage and carrier vector and its potential application in fuel cells. The objective of BiMet-NHC will be reached through click chemistry, a regioselective process where copper catalysed [3+2] cycloaddition reaction of azides and alkynes. Ligand tunability will be achieved by modification of the substituents presents in alkyne and azide.

The bimetallic systems will encompass two features that will smooth energy barriers in the catalytic processes:

After graduating in Chemistry in 2007, Marta Valencia started her PhD in the group of Organometallics and Catalysis, under the supervision of Prof. Esteruelas at the University of Zaragoza (Spain). During this period She worked in three research lines: “Synthesis and Applications in Catalysis of Osmium-Arene Complexes”, “Synthesis and Structure of Osmapolycycles” studying activation process of aromatic C-H bonds, and the synthesis of new “POP ligands to synthesize highly efficient catalyst”. This last research line started during a short-term PhD visit in the group of Prof. Asensio, at the University of Valencia (Spain), and constituted the beginning of a new research line in Prof. Esteruelas’ group that is still on-going. In 2012, She became a Doctor in Chemistry.

In the Biorganometallic group of Professor Sierra at the Complutense University of Madrid (2012) and the Artificial Nucleases group of Dr. Gude from the University of Alcalá (2017), Marta Valencia worked in organic and bioorganic chemistry developing bio-organometallic fragments for anticancer and labeling applications. In 2013, She joined the group of Organometallic Synthesis & Catalysis directed by Professor M. Albrecht, where Marta Valencia worked as a Posdoctoral researcher with the novel mesoionic-NHC ligands to design robust and efficient catalyst.