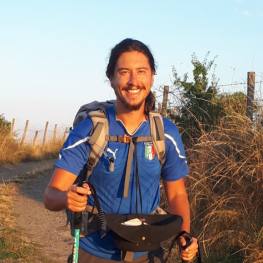 The common denominator of water splitting to form H2 molecules and the photoreduction of CO2 to produce solar fuels (either providing renewable, non-polluting fuels and/or compensating the dramatic anthropogenic CO2 emissions) is the use of photocatalysts to trigger these chemical processes. Even though these reactions are of utmost importance for a better future, many obstacles are still to be overcome and innovative ideas for new families of efficient, versatile and preferably cheap catalysts must be explored. PhotoNet will conjoin theoretical and experimental approaches to develop promising photocatalytic materials. First, porous polymer structures containing photoactive (i.e. light-responsive) molecules will be designed and their electronic properties modeled. To do so, an original theoretical protocol will be developed to compute i) the photophysical properties of the photoactive moieties using state-of-the-art quantum chemical computations, allowing the determination of their photocatalytic activity, ii) the entangled polymer structure at the macromolecular scale using complex all-atom computations, obtained using classical molecular dynamics simulations. Moreover, we will focus on the sampling of the conformational space of these entangled systems, their environments and the complex relation between structure and activity. Then, the best candidates picked from simulations will be synthesized, characterized and tested for their photocatalytic properties. Finally, by the end of the project, we aim to provide target photocatalysts efficiently performing either H2 production or CO2 photoreduction with a focus on their direct availability for large scale production and field testing.

Hugo Gattuso obtained his PhD in chemistry in 2017 at the Université de Lorraine in Nancy, France.  His areas of research are mainly theoretical/computational chemistry and quantum chemistry. The aim of his thesis entitled Potosensitization of DNA: modeling the interaction of light with complex molecular systems was to describe potential photosensitization routes and formation of DNA lesions through the interaction of nucleobases with photoactive sensitizers. More specifically, his work tackled the structural deformation DNA undergoes when binding to a photosensitizing molecule followed by the investigation of the possible photosensitiszation channels such as oxidative compounds production, charge transfers, photochemical reactions and more. From this work, he received the awards for Best PhD in Chemistry of 2017 from the  Université de Lorraine and PhD award from the Académie Lorraine des Sciences.

Right after his PhD, Hugo has been hired as postdoc in the framework of a European FET Open project entitled COPAC (for Coherent Optical PArallel Computing) at the Université de Liège, Belgium. As a continuity to his previous research which focused mainly on static descriptions of excited states and their impacts on macromolecular biological systems, he targeted the quantum dynamical properties of electronic excitations in exotic materials called quantum dot. The goal was to describe the response of CdSe quantum dot ensembles to sequences of laser pulses in order to model 2D Photon Echo experiments. This work opens the door to the creation of photoresponsive logic units relying on quantum phenomena which could be used for computation purposes.

Moreover, Hugo greatly values the diffusion and scientific popularization of the countless results yielded by the work of researchers in the academic sector. That is why during his PhD he organized monthly popularization conferences and participated to several popularization events such as My thesis in 180 seconds (French edition), the creation of a comic book story about his PhD project and more.