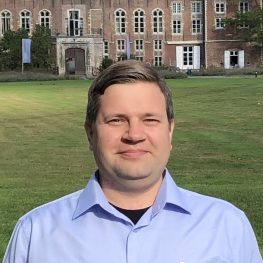 Demand is growing for optimization of road traffic flow in city streets and highways because the ever-increasing number of motorbikes, cars, trucks, etc. causes critical increase in traffic load. This leads to increase of air pollution, traffic jams that increases economic loss and decreases life quality. One of the goals of Smart City is to minimize these negative effects, e.g. by distributing traffic load uniformly across the city. To achieve this goal, the traffic load must be measured first with precision and classification in key points of the automotive infrastructure.

Several types of systems are already in place, like electronic toll collection systems (ETC) at highway entrances/exits; inductive coils under the road surface; police and surveillance traffic cameras and Doppler radars. However, neither of those systems is sufficient since they supply a count of the vehicles and their speeds but are unable to classify them: small cars, large cars, trucks, buses, trams etc.

We suggest applying a Passive Coherent Location (PCL) approach in combination with tomographic ground SAR for design of new Road Traffic Monitoring System (RTMS) that is effective also at night and in poor visibility. The proposed system utilizes a source of opportunity (DVB-T/T2 transmitter or 4G/5G base stations) as a radar sounding signal and transmits no signals of its own. Via spars antenna array the system enables producing real-time 3D images of the monitored road part. The required high range resolution is provided via exploiting a high angular resolutions of spars antenna array used in tilted orientation.